Ned Kelly’s interactions with Melbourne mainly relate to court cases and his eventual demise from hanging at the Old Melbourne Gaol.

A rise in crime rates in Melbourne has been linked to the fact that police resources were deployed north to help in the hunt for the Kelly gang, leading to a shortage of police in Melbourne (as report in the Argus in 1879).

Before Ned was a glint in Red’s eye, Ned’s parents ran away to Melbourne to marry in 1850 at St Francis Church at 326 Lonsdale Street.

While the Kelly gang were on the run, supporters came to Melbourne to buy ammunition for them. Buying it in country towns had been outlawed and so Rosiers in Bourke Street was the supplier of choice for guns and ammunition. On one occasion, this shop reported a large sale made to Ned’s sister Margaret, but a police attempt to capture them on their return to the shop next day was unsuccessful. It was reported that on another occasion Kate Kelly’s carriage was searched on her return journey, but nothing was found as she had managed to pass the goods through the window to a waiting sympathiser.

The key Kelly site in Melbourne is the Old Melbourne Gaol, the site where Ned was held and eventually executed on 11 November 1880, aged 25. Around this time, Ned’s family members stayed at the Robert Burns Hotel in Lonsdale Street.

Old Melbourne Gaol is Victoria’s oldest surviving prison and provides a fascinating glimpse of what conditions were like for the hardened criminals housed here between 1841 and 1929. Displays include Ned’s cell, the gallows, a suit of armour worn at Glenrowan during the last stand and a plaster cast ‘death mask’, used at the time in the study of phrenology to predict criminal behaviour.

Ned is one of 136 men and women who were hanged on the Gaol’s scaffold. You can see the Hangman’s box, the Particulars of Execution Book and other exhibitions on the grim period of Victoria’s history.

See the Visitor Information Centre for information about Melbourne’s attractions. Being a city of around 4 million people, there are attractions to suit all ages and interests. 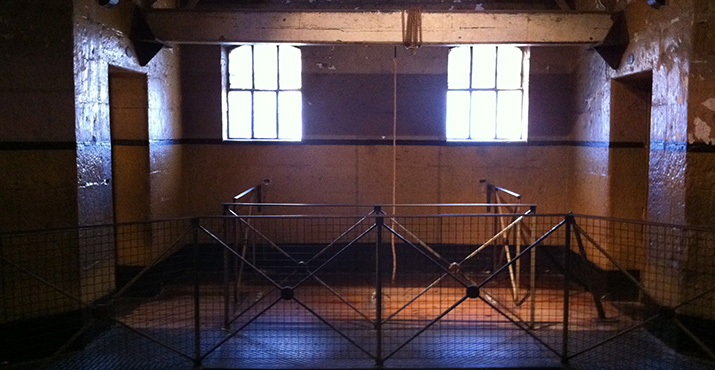 Melbourne’s international airport is Melbourne Airport at Tullamarine. There is a secondary domestic airport at Avalon. Both have regular shuttle buses to transport arrivals to Melbourne. Interstate train lines from Adelaide and Sydney connect at Melbourne’s Southern Cross Station. 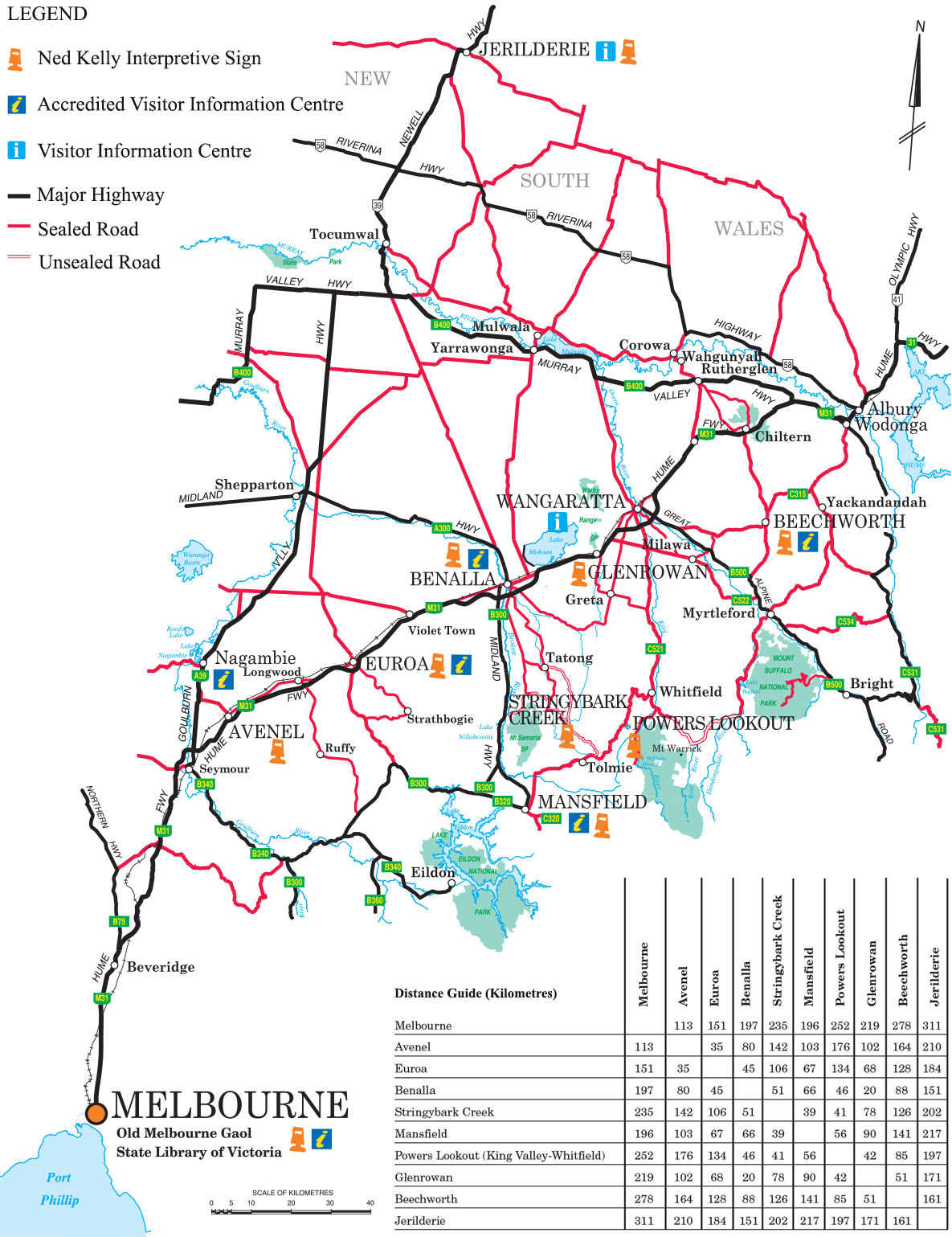